In what is being labelled as the ‘#BomSensoFC’ (which translates as the ‘Common Sense FC’) movement, Brazilian players up and down the domestic leagues are uniting to protest against the punishing length of the season and fixture congestion issues in their homeland by simply going out on their respective pitches and refusing to play.

The ‘Bom Senso’ protest is gathering traction across the country sees players (as well as supportive fans and pundits, including former Arsenal midfielder Gilberto Silva) standing still and crossing their arms for the first few minutes of the game to try and force their message across.

On Wednesday night, scores of games began with similar protests – the highest profile game being the Serie A fixture between Sao Paulo and Flamengo, which began with the two teams first parading a banner across the pitch before kick-off, huddling together in the centre circle and then aimlessly rolling the ball around for the first few minutes of the game…

Several well-known names in Brazilian football have openly pledged allegiance to the Bom Senso group already, with the likes of Dida, Rogerio Ceni and Alex all voicing their support – though the group are still frustrated that the Brazilian football federation (CBF) are refusing to pay full and proper attention.

There has been some progress however, with the CBF declaring that, as of 2015, Brazilian football will shut down in January for “a month of vacation” mid-way through each season – though they refused to implement it this coming January as changing the footballing calendar in the months leading up to the World Cup would be fraught with issues.

Bom Senso are also hounding the CBF to discuss Financial Fair Play as smaller teams continue to struggle to keep their collective heads above the water, though the CBF as yet have been willing to open talks on the matter.

Pies are right there with you brothers… 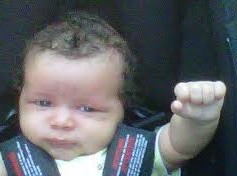 Though, admittedly, we never though we’d live to see the day that Brazilians were refusing to play football.