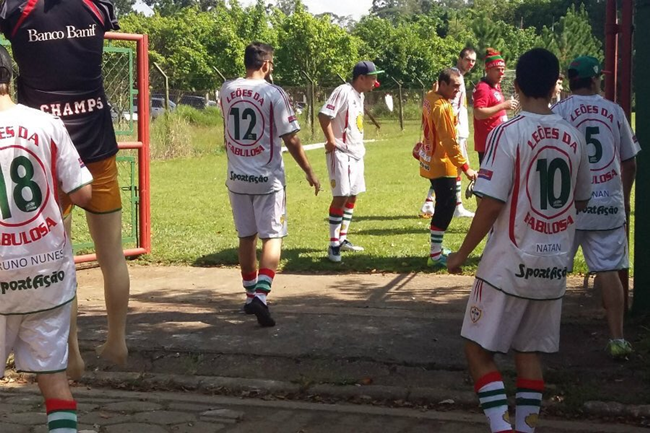 With their team having failed to win in their previous five games, a small group of fed-up Portuguesa fans barged into a training session on Friday morning and challenged the players to a friendly.

According to a statement on the official Portuguesa website, the 15 supporters (who were all wearing red clown noses) began by interrupting the session to “express their dissatisfaction peacefully” before offering to show the players how this football malarkey is actually done.

The club directors understand the twisted position, but rejects the way the action was taken and the interference in a professional environment.

Worse still was the presence of a journalist from a source unapproved by Portuguesa, who helped the fans, participated in the invasion and recorded images in an unauthorized area.

In this regard, the club will take the appropriate action.

A4 print-out wavers of the world, take note: You have a new precedent.