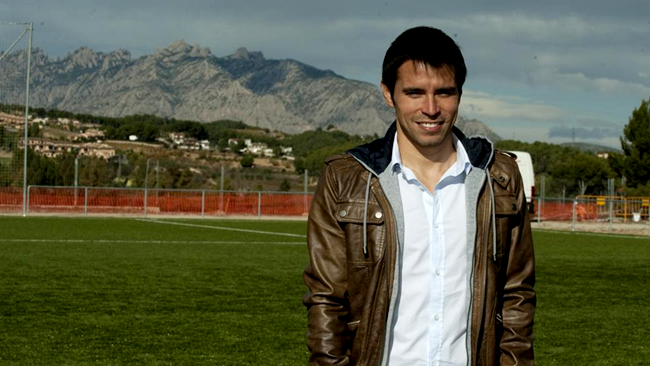 In what you feel is likely to be the last chapter in his long and nomadic playing career, ex-Barcelona, Real Madrid and River Plate striker Javier Saviola has signed on for FC Ordina of Andorra.

The 34-year-old actually retired from football back after saying his goodbyes at River Plate in January but was tempted back through a mutual friend of Ordina’s club president.

Saviola duly signed up on a ‘player-assistant manager’ deal but was left on the bench for the first game of the season which Ordina lost 1-0 against Lusitans – one of just eight teams in the Andorran Primera Divisio.

Ordina have a maximum stadium capacity of 1,500, which isn’t actually too shabby once you realise that the entire population of Andorra could comfortably fit inside the Camp Nou.