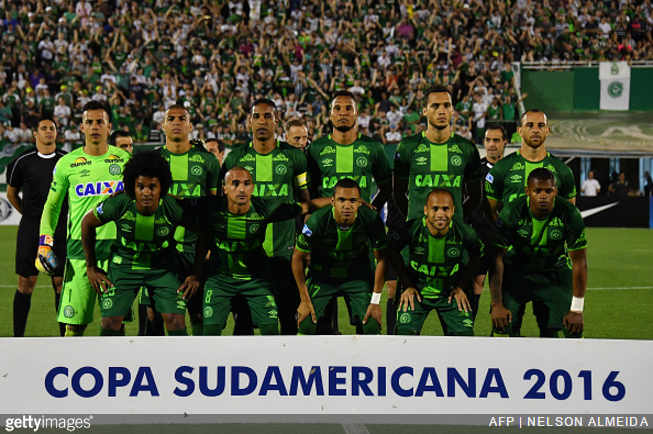 Brazilian football is rallying around Chapecoense in the aftermath of the terrible air crash that claimed the lives of 76 members of the club’s playing staff, coaches, executives and associated journalists on Monday night.

Firstly, the team they were scheduled to face in the final of the Copa Sudamerican on Wednesday evening, Atletico Nacional, have requested that CONMEBOL award the trophy to Chapecoense.

We’re waiting for the decision that CONMEBOL takes. The officials will talk but we want them to declare this team as champions.

It’s something we want. It’s an initiative of ours and I know the world of football too. We hope that CONMEBOL makes this happen.

We also want to send all our care and thoughts to the families.

Elsewhere, in an effort to do whatever they can to help, directors of Coritiba, Corinthians, Palmeiras, Portuguesa, Santos and Sao Paulo have all pledged to help Chapecoense out by loaning them players free of charge for the 2017 season.

Speaking in a group statement, the aforementioned clubs said:

We are sad, we sympathise with this tragedy, but we shall help.

We are willing to talk to other clubs to develop a project to loan them good level players so they can compete in the 2017 competition.

What’s more, the directors have also petitioned the Brazilian Football Confederation to request that Chapecoense be ruled exempt from relegation for the next three years while they mourn, restructure and eventually rebuild themselves.

According to the Mirror, Paraguayan club Libertad have even offered to lend their enter first team to Chapecoense for “any sporting event.”

It’s sad that it usually takes something so tragic to remind us, but football really is wonderful sometimes.