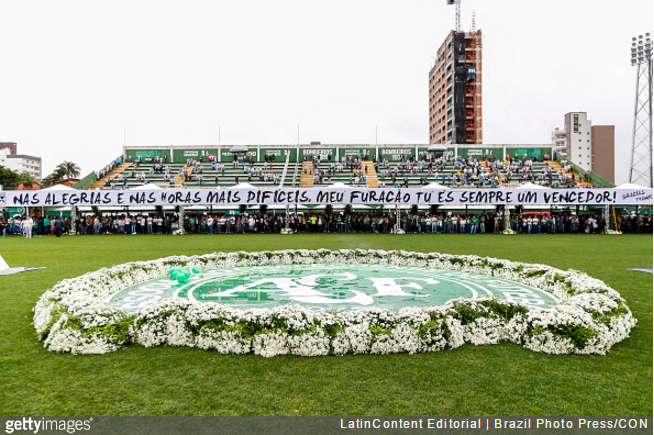 After much deliberation, CONMEBOL have decided to award the 2016 Copa Sudamericana title to Chapecoense.

As you well know, Chape were all set to square off against Colombian side Atletico Nacional in the final of the Copa Sudamerican (the South American equivalent of the the Europa League) when their team plane crashed en route to Medellin airport last Tuesday morning, killing 76 people.

CONMEBOL confirmed that they received a letter from Nacional club president Alejandro Dominguez two days after the tragic crash, formally requesting that the organisation give the Copa Sudamericana title to Chapecoense “in honour of their great loss” and as a “posthumous tribute to the victims of the fatal accident”.

A statement from CONMEBOL reads:

Following this [the letter], the council took the decision to appoint Chapecoense as champions of the Copa Sudamericana 2016 with all sporting and economic privileges it entails.

In short, not only will the Brazilian club be awarded the trophy, but also the prize money that comes along with it.

CONMEBOL have also confirmed that Nacional will be bestowed with a special ‘Centennial Fair Play’ award for promoting “the spirit of peace, understanding and fair play” – as well as a $1million prize for reaching the final of the competition.

Funnily enough, Chape and Nacional are now set to meet in the 2017 Recopa Sudamericana (i.e, the South American Super Cup) which will hopefully give both teams the chance to play the match they were so cruelly robbed of last week.

Safe to say, it’s going to be an emotional one.