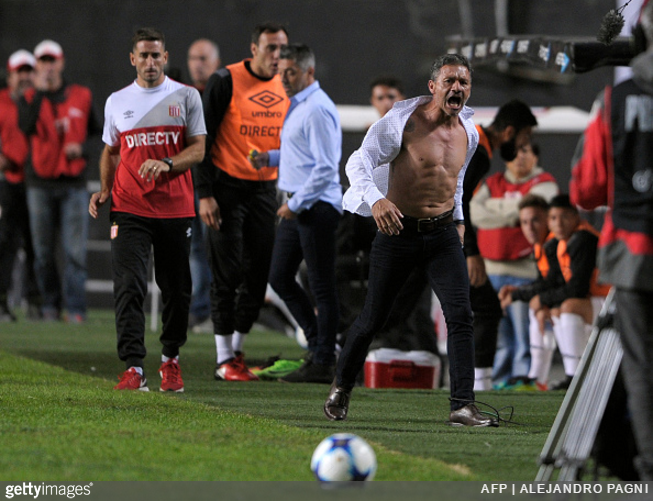 As you can probably tell from the image above, Estudiantes coach Nelson Vivas suffered a miniature meltdown during last night’s goalless draw with Boca Juniors.

Utterly enraged that the referee didn’t give a foul against Boca ‘keeper Agustin Rossi, Vivas became embroiled in a ‘lively discussion’ with the match officials.

The ex-Arsenal defender then over-stepped the mark and was duly sent to the stands, but not before he tore open his own shirt in a fit of burning vexation…

Nelson Vivas auditions for the Incredible Hulk after being sent off during Boca-Estudiantes. pic.twitter.com/7wgPCkT2E2

Ooh, somebody’s been to the gym and was desperate for everybody else to know it.