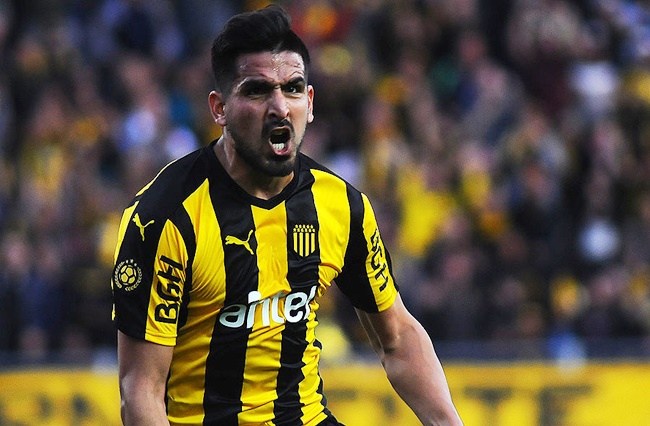 Penarol striker Lucas Viatri is facing an extended spell on the sidelines after a firework “accidentally” exploded close to his face during Christmas celebrations back home in Argentina.

Viatri’s Uruguayan employers have confirmed that the 30-year-old forward could be missing for “several months” after the accident, which took place in his home city of Buenos Aires, during what sounds like some serious raucous festivities.

Quite how he managed to aim a firework at his own face is unclear, but it sounds pretty painful, with the club releasing a medical report confirming his injuries.

Lucas Viatri suffered an accident with pyrotechnics that affected both eyes. [He] is in Buenos Aires, at rest.

Examinations were carried out to establish the relevant treatment.

There is still no exact time to return.

It means Viatri will most likely miss much of pre-season for Penarol, along with the club’s preparations for the group phase of the upcoming Copa Libertadores.

A notorious troublemaker in his younger days, Viatri was previously detained back in 2008 just prior to his debut for Boca Juniors amid accusations he committed armed robbery at a local salon.

The player agreed to undergo probation and avoided any formal charges, though the incident did hinder his hopes of earning a move to Europe.

This latest incident shows why that was probably for the best.