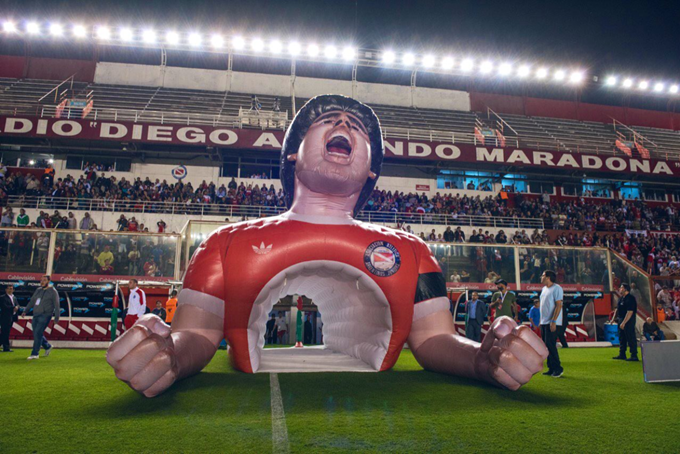 Safe to say that Argentinos Juniors are fairly proud when it comes to Diego Maradona, the Buenos Aires club’s most famous son.

Not only have Juniors named their stadium after El Diego, they now have an inflatable tunnel to match.

Indeed, ahead of their midweek game against Velez Sarsfield, Juniors revealed their stunning balloon-based tribute to Maradona…

The detailing is rather superb, especially for an inflatable. They even included the Adidas trefoil.

Maradona began his career at Juniors in 1976, where he made his full senior debut a week or so before his 16th birthday. He stayed for five seasons and scored over 100 goals before departing for Boca Juniors in 1981.

For the record, Juniors drew 0-0 with Velez on the night, leaving them second bottom of the Argentinian Superliga after 22 matches.