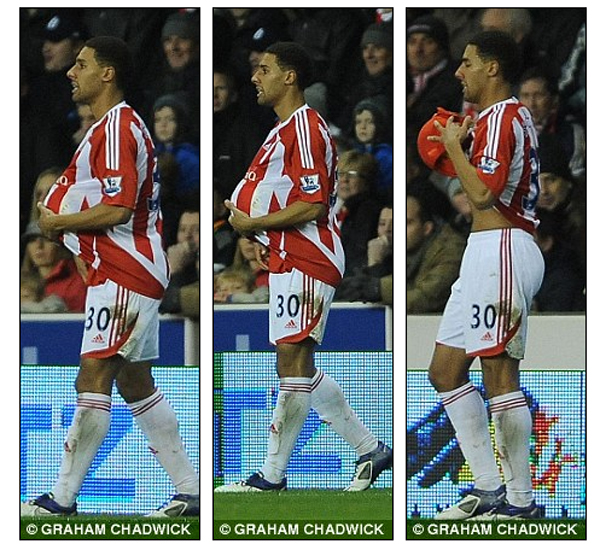 According to the Daily Mail, the powers that be are investigating Stoke City after their rather clever/sneaky use of towelling vests worn by their players in the game against Tottenham.

The vest allowed the Potters players, and Ryan Shotton in particular, to dry the ball before taking a long throw and thus eliminate the need for towels provided by ball-boys at the Britannia Stadium, which had become an extremely contentious issue.

However, apparently The FA and the Premier League  have seen footage from Sunday’s game which clearly shows Shotton using the towelling vest to dry the ball. The Potters, on the other hand, are adamant that they’ve done nothing wrong.

The Potters will never be the most popular of sides in the Premier League. With his ugly brand of kick and rush (and throw) football, it could be argued that manager Tony Pulis is damaging the development of the game in this country. However, if it’s in the rules, then so be it. Other clubs will just have to stop moaning and get on with it.