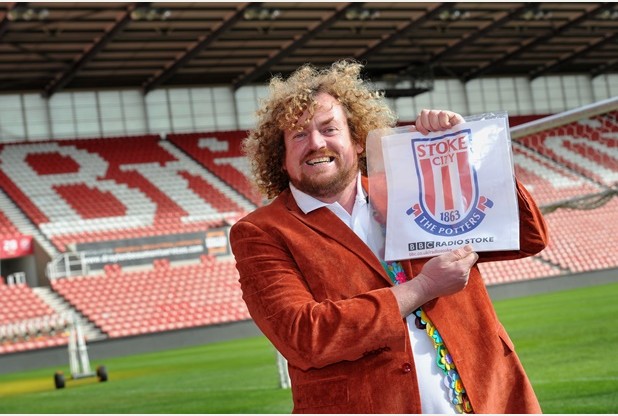 After months and months of tireless campaigning, the day is finally upon us that Stoke City have had their club crest blasted into orbit.

Thanks to lifelong Stoke fan Andrew Rushton, a small Potters pendant was stowed in the hand luggage of British astronaut Tim Peake as it was launched from Cape Canaveral to the International Space Station on a supply flight on Thursday evening.

Peake will join the pennant on the ISS in a week or so’s time, when he leaves for the space station himself on 15th December. He’s promised to Tweet a photo of the flag in space to Rushton as soon as he gets the chance.

Rushton began his “Let’s Get Stoke In Space” campaign on Twitter back in January, and has basically badgered Peake ever since until he finally caved in.

“I’m over the moon,” the 42-year-old Potters fanatic told the Stoke Sentinel. “It has all been cracking stuff.

“I’m a huge fan of science fiction and I have found space fascinating, probably since I received my first telescope when I was younger.

“It will be one heck of a buzz to see the Stoke City flag in space and the support for the campaign has been brilliant.”