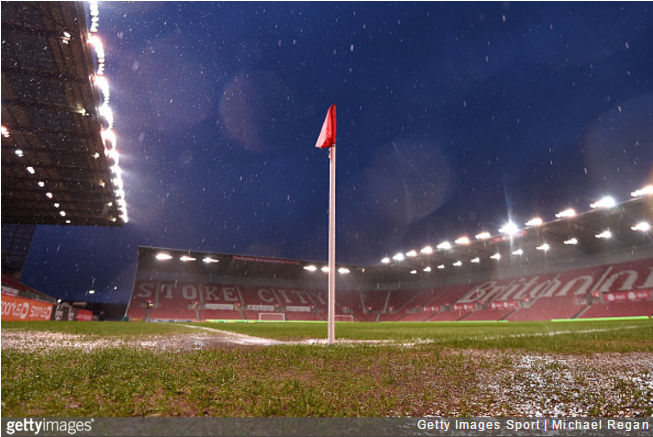 Stoke City have announced that the Britannia Stadium will be no more as of next season after the club agreed a lucrative naming-rights deal with their shirt sponsors, bet365.

As a result of the new six-year deal, the Potters’ ground will be known as the ‘bet365 (Gamble Responsibly) Stadium’ from the start of the 2016/17 campaign after being sponsored by the now-defunct Britannia Co-Operative Bank since it was built 19 years ago.

The club have also revealed plans to fill in the corner gap between the DPD and Marston’s Pedigree Stands, which will take the overall capacity over the 30,000 mark.

How exciting. Everything’s on the up and up at Stoke these days.