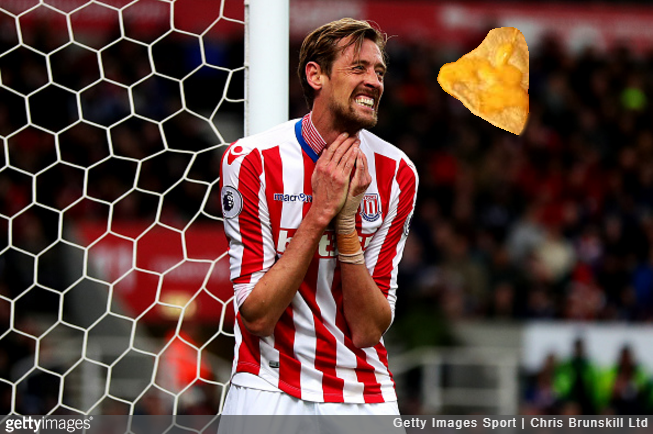 It is quite possibly the finest piece of footballing apocrypha to emerge from the early podcast scene: the tale recounted by Guardian writer Sean Ingle of the time a friend of his was confronted by a rampaging Peter Crouch in a fast food restaurant in Southampton.

As recounted on the Guardian Football Weekly podcast back in primordial mists of the mid-2000s, the story goes that a hungry Crouch once barged into a Mexican takeaway and obnoxiously demanded he be plied with a bowl of nachos on the house.

After being served by the nonplussed employee, the spindly Saints striker then stood at the counter savouring his precious tortilla chips, all the while preceding each bite with the loud proclamation that “Crouchy’s having his nachos!”

You can listen to Ingle’s anecdote below…

The story has since passed into folklore, with many fans still reciting the wonderful punchline back to Crouch on Twitter on a regular basis – much to his confusion, it would appear.

Alas, after being pressed by fellow Guardian podcast alumnus James Richardson this week, Crouch has broken his years of silence by swearing once and for all that the nacho story is not true.

Stop everything – this is huge from @petercrouch

I keep getting this on Twitter from people, some story – “Crouchy’s had his nachos” – I don’t know what this is.

I do enjoy nachos, yeah, but I don’t understand why this has come about.

I didn’t do that, but it’s a big thing! People tweet me all the time like, ‘are you having your nachos?’

Yep, the bashful smile; the nervous hand-wringing; the deliberate misquotation.

Crouchy definitely had his nachos!