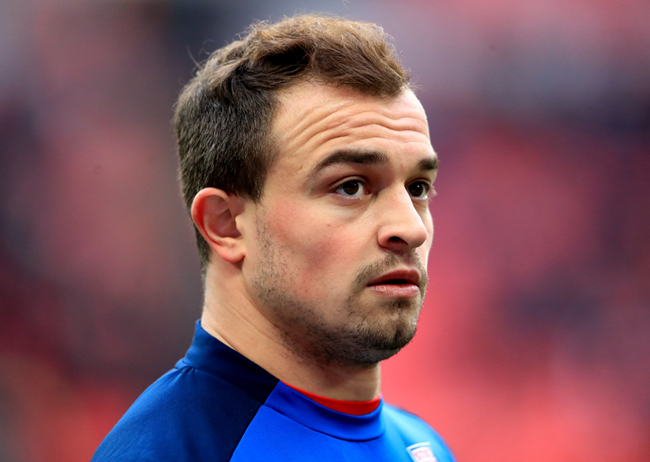 With just one win in their last 12 outings, Stoke are currently 19th in the table and circling the Premier League drain with seven matches left to save their hides.

Thankfully, their senior flair players are doing their bit to rally the troops, exemplified by Ibrahim Afellay being recently banished from the club due to his lapse attitude.

Now, in a fresh twist, Xherdan Shaqiri has followed suit by informing his Potters teammates just how hopeless they truly are.

In an interview with Swiss magazine Sport, the 26-year-old attacking midfielder sounded a withering battle cry:

The feeling that even a Ronaldinho could do little in this team is sobering.

I had to realise that it’s a bit different when you have players like (Franck) Ribery and Thiago (Alcantara) at Bayern or (Mauro) Icardi and (Mateo) Kovacic at Inter.

Here at Stoke I can not exert too much influence, simply because there is a lack of quality around me.

I can not just Löffel verwerfen (down tools) but it would take something extreme for Stoke in the transfer market this summer to revive my enthusiasm.

Ahh, the old Dimitri Payet approach to handing in your notice.

It’d be a little easier to accept if Shaqiri had been pulling up trees this season, rather than scoring the odd goal every six weeks.