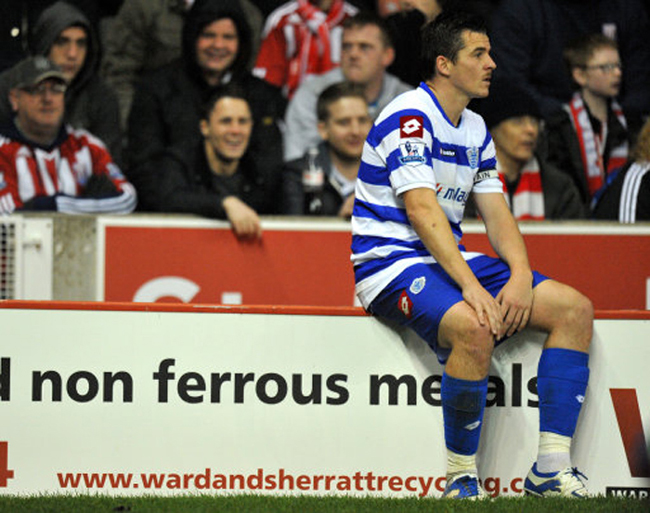 Icelandic journeyman Heidar Helguson is enjoying something of an Indian summer with QPR this season. The 34-year-old added another two goals to his season tally in a hard-fought win against Stoke on Saturday.

Republic of Ireland striker Jonathan Walters had put the Potters ahead after just eight minutes, but a brace from Helguson, either side of a Luke Young goal, gave the visitors a 3-1 lead with over half an hour to go.

Stoke battled back, with Ryan Shawcross heading home from close-range, but the equaliser never came. The home side, however, justifiably felt hard done by after a couple of penalty shouts (with Joey Barton the perpetrator on both occasions) were ignored by referee Mike Jones.

Neil Warnock’s side now find themselves sitting comfortably in the heady heights of the top 10, while Tony Pulis’ side are now only three points clear of the drop-zone (although, to be fair, they are only three points behind Rangers).