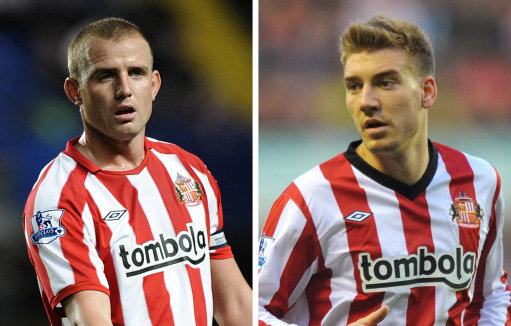 For the majority of us mere mortals, ’tis the season to be jolly and maybe a bit drunk, but for footballers, Christmas is often the season to go off the rails completely.

Sunderland duo Nicklas Bendtner and Lee Cattermole are the latest stars to get up to no good in the festive period. The two Black Cats were arrested on Thursday after apparently going on something of a car-wrecking spree on Tuesday, close to St. James’ Park.

A spokesperson from Northumbria Police said: “We can confirm that on Thursday, December 15, two men aged 23 were arrested on suspicion of criminal damage. If follows an investigation in to damage caused to cars on Stowell Street in Newcastle city centre, which happened at about 10pm on Tuesday, December 6.”

If it is found to be true, one has to ask what in the name of the almighty the two idiots, who have since been released on bail, were doing smashing up cars in Newcastle. Either way, new Black Cats’ boss Martin O’Neill will be less than impressed.