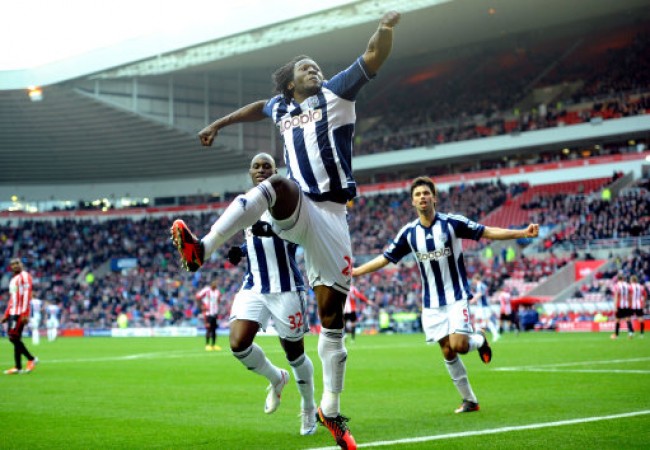 The early game of the day saw Steve Clarke’s high-flying Baggies face Martin O’Neill’s rather mediocre Black Cats at the Stadium of Light.

West Brom played the better football in the first-half, and were eventually rewarded with a goal when Zoltan Gera curled a fine effort past Simon Mignolet. The Belgian ‘keeper then handed Shane Long the Baggies’ second goal of the game, when he failed to deal with a James Morrison shot, allowing Long to pinch the ball and double his side’s advantage.

After the break, the game looked to be meandering to a comfortable win for the Baggies until a deflected Craig Gardner free-kick made the score 2-1 on 73 minutes. However, with the home side pushing for the equaliser, Adam Johnson was rather harshly adjudged to have brought down Liam Ridgewell in the box, and sub Romelu Lukaku tucked away the penalty.

That looked to have put a lid on a Sunderland comeback, but late on, Stephane Sessegnon scored from close-range after Boaz Myhill parried a Steven Fletcher header from a corner.

As Sunderland pushed forward for another equaliser, Lukaku crashed an effort against the woodwork but a fourth did come for the visitors, courtesy of a breakaway move finished off by Marc-Antoine Fortuné.