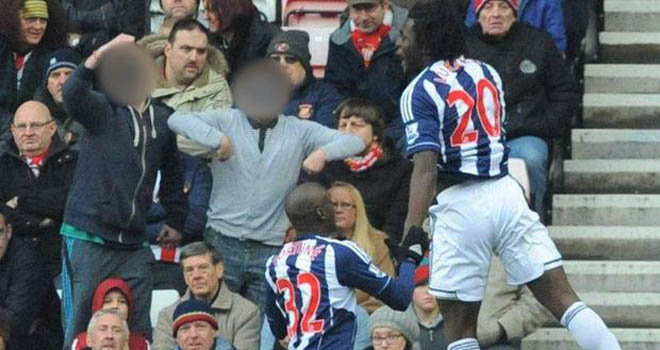 We must admit it looked like a monkey gesture at first glance, but you’ll be glad to know that the Sunderland fan accused of aiming said gesture at West Brom striker Romelu Lukaku is innocent – he was merely doing a post-goal chicken impression.

21-year-old Sunderland fan Liam Hendon has come forward after being arrested on suspicion ‘racially aggravated intentional harassment’ and banned by Sunderland from attending any matches until the outcome of any court case, telling the Sunderland Echo:

“People have got it all wrong. I wasn’t doing a monkey chant. I was doing a chicken dance.

“I’m devastated people think I’m racist. I have black friends and black cousins. If I was racist, I wouldn’t pay to watch Sunderland because they have black players.”