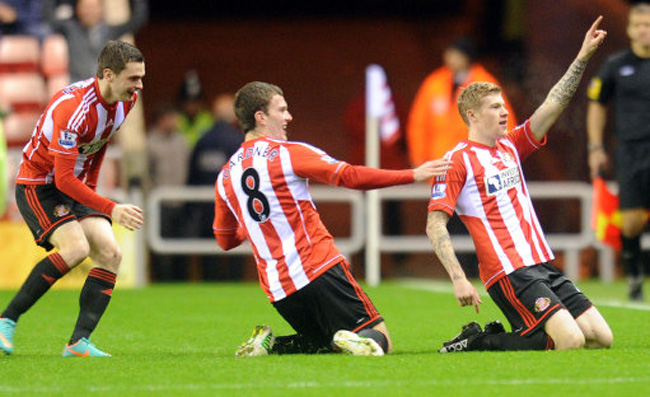 With a year under his belt as Sunderland boss, Martin O’Neill knew his relegation-threatened side needed to win their home clash with Reading, and win they did, at something of a canter.

Sunderland got off to a flyer, courtesy of James McClean’s third-minute strike and from then on, the Black Cats were in control, with Danny Rose particularly impressive from his left-back berth.

Steven Fletcher doubled the home side’s advantage just before the half-hour mark after the Royals’ Alex Pearce had wasted their best chance of the game.

After the break, the visitors worked hard but struggled to create much and on 90 minutes, Stepane Sessegnon wrapped up the three points after rounding ‘keeper Adam Federici.

That vital win sees the Black Cats move out of the drop-zone. While for Brian McDermott and Reading, a return back to the Championship is already looking likely.