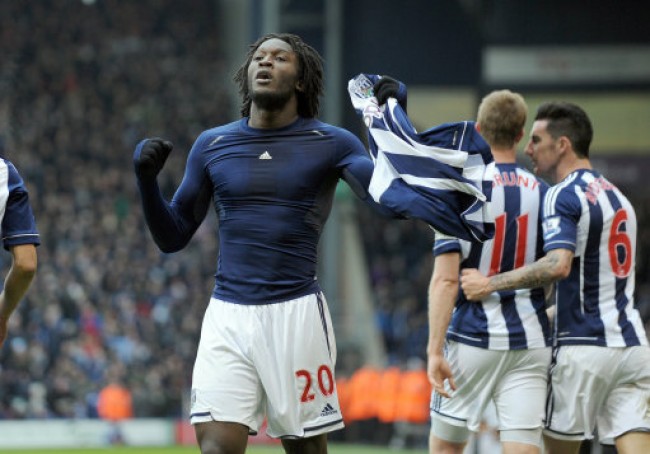 With Fernando Torres struggling at Chelsea, surely Romelu Lukaku must be in line for a place in the Blues’ squad next summer, sharing striking duties with Demba Ba? Against Sunderland on Saturday, the burly Belgian bagged a brace and was superb throughout as the Baggies kept alive their Europa League hopes.

The Black Cats should have taken the lead, with Steven Fletcher hitting the post as well as missing another very good chance. Those misses would prove costly when the 19-year-old Lukaku converted a spot-kick on 35 minutes (after Craig Gardner had handled the ball) before the striker made it 2-0 on 75 minutes after some woeful play from Titus Bramble.

Stephane Sessegnon did get one back for the visitors late on, but ultimately Lukaku’s brace would secure all three points for the Baggies.