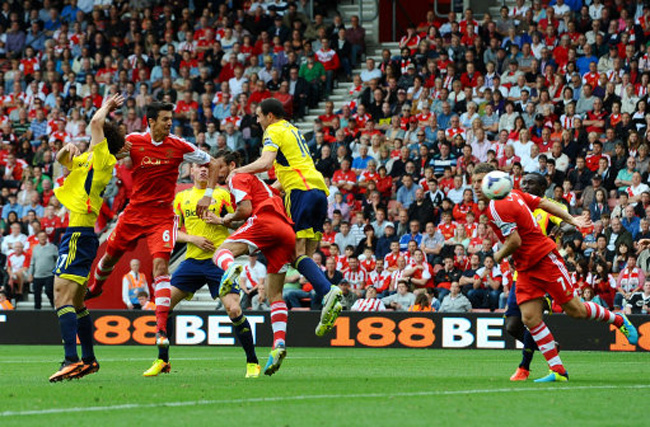 A late late Jose Fonte header gave Southampton a deserved share of the points at St. Mary’s on Saturday.

Visitors Sunderland had taken the lead after just three minutes, courtesy of new-signing Emanuele Giaccherini, who nodded home from close-range. However, it was the Saints who dominated for large periods of the game.

Rickie Lambert and Jay Rodriguez both went close but even big money striker Dani Osvaldo, brought on at half-time, couldn’t find a way past Keiren Westwood. However, with just two minutes of normal time left to play, defender Jose Fonte headed  James Ward-Prowse’s free-kick in from close-range to give the Solent side a deserved share of the points.