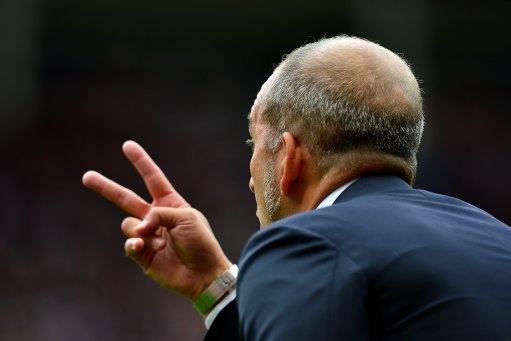 The Daily Mirror are reporting Exhibit X/Y/Z (we forget which letter we’re down to these days) in the “Proof if proof were needed that Paolo Di Canio is an angry, incomprehensible, barely coherent goon balloon” file this afternoon, claiming that the Italian “spat in his own face several times” as part of the dressing room rant that eventually culminated with his sacking as Sunderland manager last week.

With the story coming by way of Sunday People scribe Alan Nixon, Di Canio is said to have spat in his own face a few times after Sunderland’s defeat at West Brom; taking swigs of water, spraying it into the air, letting it fall on his face, rubbing it in and then yelling at his players “that is what you have done to me, spat in my face” before telling them all to do it to themselves.

Di Canio, ever the masterful man-motivator, apparently also told his team he hoped someone threw human faeces in their faces. He then told players they could phone chairman Ellis Short to complain about him if they didn’t like his methods. Several did, and Di Canio was sacked shortly thereafter.

As we said before the season, Di Canio’s rabid, passionate postulating, public berating and hard-line discipline may have been enough to get by in the lower leagues but it’s painfully obvious that kind of thing won’t wash in the Premier League these days. Players, quite rightly, are just used to a more professional standard of management.

Quite frankly, we’re fairly amazed he lasted as long as he did! Nothing of value was lost.