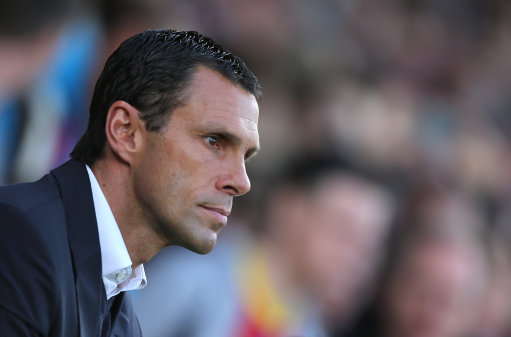 It’d been in the pipeline for a while but, as of this morning, Sunderland have officially appointed Gus Poyet as their new manager – replacing Paolo Di Canio, who was binned a week or so ago for being…well, a bit silly really.

“We analysed a wide range of candidates and believe that Gus’s track record, experience, commitment and passion make him the right man to take us forward.”

That means Sunderland have gone from appointing a League Two winner to employing a League One winner. That’s definitely an improvement in our book!

That said, Poyet has zippo experience of managing in the Premier League, a patchy record when it comes to man-management and is almost as unintelligible as Di Canio.

Let’s see how this one goes. How long are we giving him, Pies fans?