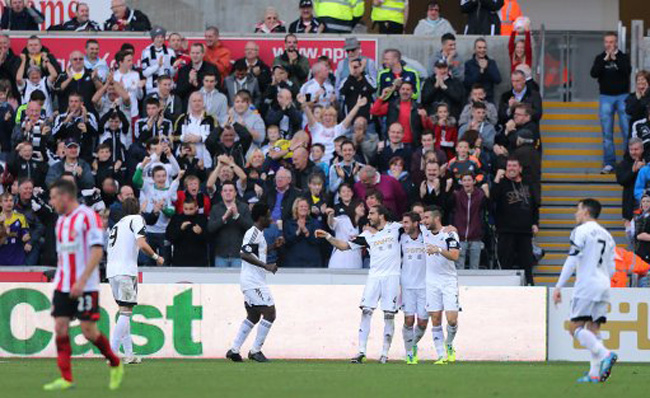 Gus Poyet’s first game in charge of Sunderland was a rather brutal introduction to top-tier management for the former Brighton boss, with the Black Cats going down 4-0 at the Liberty Stadium.

The visitors had started well with the scores 0-0 at halftime. However, just before the hour-mark Phil Bardsley put through his own net. That OG had come after the same player had missed his side’s best chance in the first period.

A fine curler from Jonathan De Guman doubled the Swans’ lead before Wilfried Bony netted from the penalty spot after Craig Gardner had fouled Leon Britton. Then, late on, Steven Fletcher netted the second own-goal of the game after a header from Chico Flores to secure an important win for Michael Laudrup and co. As for Poyet, he has quite the task ahead of him.