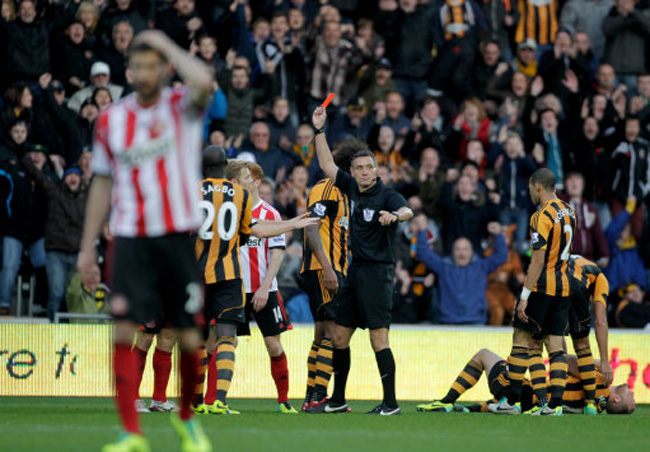 All the positivity produced by Sunderland’s derby win against Newcastle last week was extinguished in a disastrous first-half at the KC Stadium. Firstly, Carlos Cuellar headed into his own goal to give the Tigers the lead before Lee Cattermole and then Andrea Dossena were shown red. To be fair, Cattermole’s sending-off was arguably rather harsh but Dossena’s challenge on David Meyler was utterly horrific.

As one would expect, the visitors failed to muster much of a threat in the second-half although Adamason did force a save out of Steve Harper bult ultimately it was Steve Bruce’s men who cantered to victory. Gus Poyet has quite the challenge ahead of him.