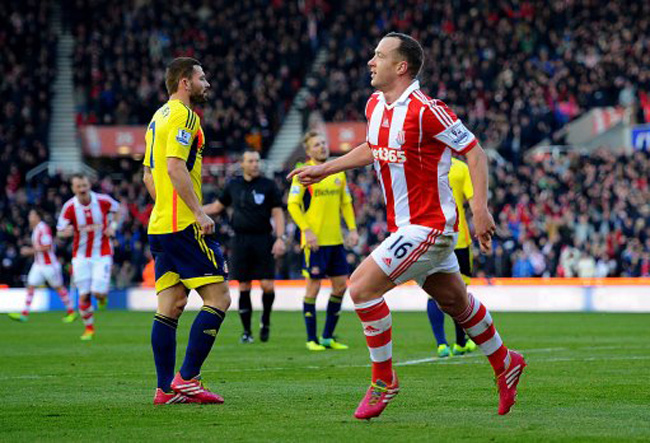 A goal in either half secured a controversial win for Stoke at the Britannia on Saturday, with Charlie Adam and Steven Nzonzi netting the goals against Gus Poyet’s Black Cats.

And while the home side did dominate for large periods of the game, the sending-off of Wes Brown on 36 minutes, for what looked like a fair challenge no doubt influenced the result of the game.

Though down to 10 men, the visitors worked hard and came close on more than one occasion to getting themselves back into the game, but ultimately they would lose again and now find themselves bottom of the table, behind Crystal Palace on goal difference. What a mighty big job Mr. Poyet has to turn things around at the Stadium of Light.