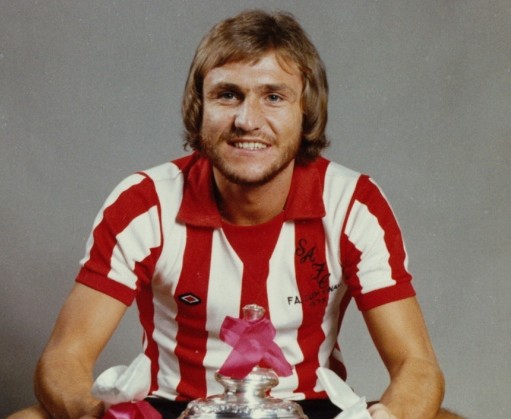 We’re traipsing all the way back to the primordial mists of September 1973 for today’s Random Great Goal, courtesy of Sunderland (and later, Man City) FA Cup-winning hero Dennis Tueart.

The goal in question came during a game against Oxford United in the old second division, with Tueart using outrageously unorthodox technique to convert a Bobby Kerr cross from the right wing which was falling slightly behind him.

Thinking on his feet (or should that be off his feet?), Tueart arched his back and connected with what might just be the very first televised execution of a ‘scorpion kick’…

The Black Cats’ Wembley victory not only saw Tueart take home the cup, some priceless memories and his share (£1,300) of the £19,000 winnings pot – he also got his hand on a set of lovely new Pyrex casserole dishes to boot!

That’s the real magic of the cup right there.