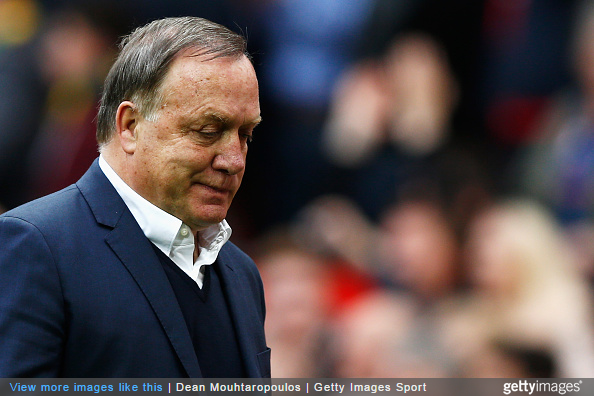 Sunderland have been plunged further into chaos this morning amid myriad press reports that manager Dick Advocaat is set to leave his post no matter the result of today’s game against West Ham.

The club are currently slap, bang, bottom of the Premier League and are still to register a win so far this season.

Along with Advocaat, several of his back-room staff are said to be gearing up to quit, with sporting director Lee Congerton walking away this morning having “grown disillusioned by internal politics and lack of cash”, as per the Guardian:

Congerton’s 18 months as Sunderland’s sporting director – effectively the director of football – are understood to be ending after his resignation from the post.

[He] is believed to have become disillusioned by both the club’s complex internal politics and the limited transfer budget made by available by Ellis Short, the owner, this summer.

The sporting director never saw eye to eye with Gus Poyet, Advocaat’s predecessor, feeling undermined when Short permitted Poyet to force through the signings of players such as Liam Bridcutt, Will Buckley and Ignacio Scocco but he was responsible for Advocaat’s, initially short-term, appointment last spring.

It’s also being reported that Advocaat’s first-team coach Zeljko Petrovic is on the verge of leaving the Black Cats, along with several other members of staff that the Dutchman brought in with him during the second half of last season.

Should Advocaat vamoose as expected, it would appear Sam Allardyce is mooted to be the favourite to take over in his stead.