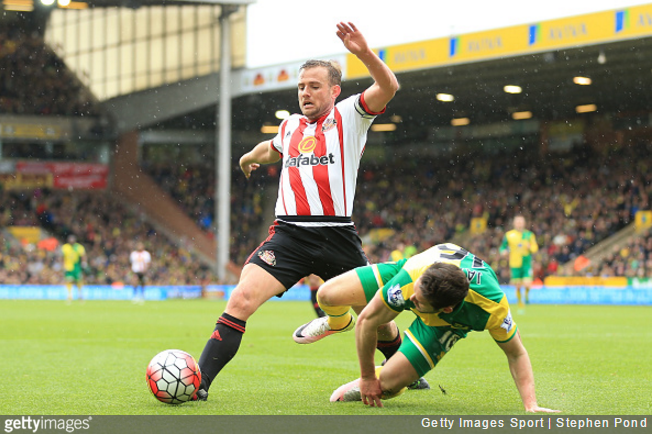 In desperate need of a win going into the game, Sunderland banded together and grafted their way to a massive 3-0 win over fellow relegation-flirters Norwich in today’s early Premier League kick-off.

After putting in a true captain’s innings, Cattermole was duly bestowed with a well-deserved Man of the Match award for his herculean efforts – which he duly signed and gave to a grateful Sunderland fan at Carrow Road as an unexpected birthday gift…

as if Catts has gave my Aunty Joyce his man of the match trophy for her birthday how nice!!😁 @SunderlandAFC pic.twitter.com/c6yMtBmDXS