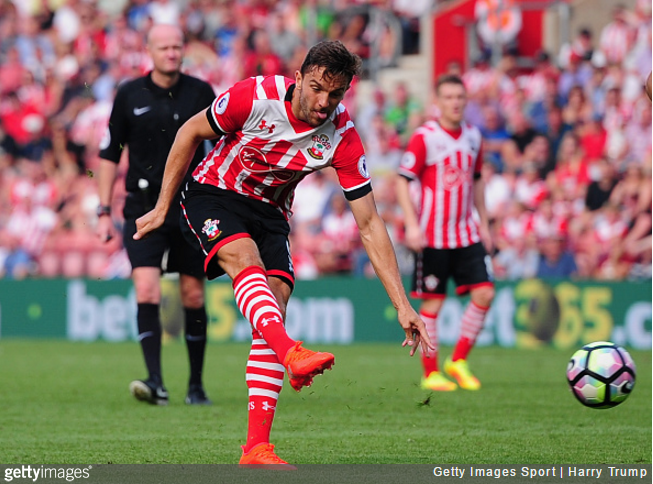 There was pure elation at the Stadium of Light today when Jay Rodriguez came off the Southampton bench to score his first Premier League goal since before the ruptured cruciate ligament he succumbed to at the tail end of the 2013/14 season.

Rodriguez’s 85th-minute goal was enough to rescue a point for the Saints, who had fallen behind just five minutes earlier when Jermain Defoe spanked Sunderland in front from the penalty spot.

Having only been on the pitch for 10 minutes, Rodriguez popped up and squeezed a pot-shot under Jordan Pickford to restore parity from the edge of the box – his first league goal in almost exactly two-and-a-half years…

Iffy ‘keeping aside, it’s certainly cockle-warming to see Rodriguez back among the goals after seeing his burgeoning form curtailed in such unfortunate circumstances way, way back when.

Glad to have you back Jay, old bean.