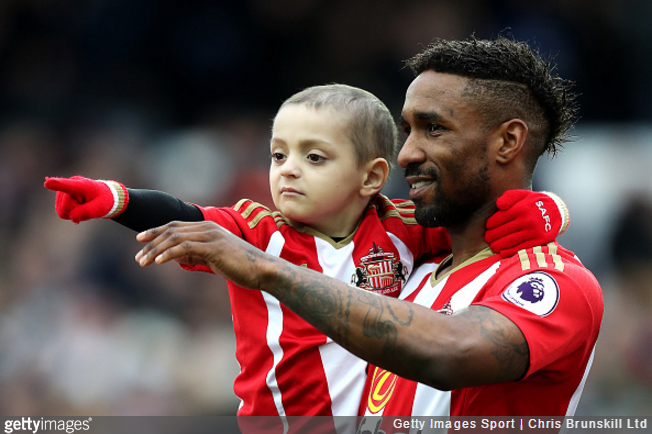 The news of Jermain Defoe’s long-awaited recall to the England squad was welcomed by many fans, who were glad to see the veteran striker rewarded for his resurgent form at club level.

As you may recall, Bradley, who suffers with a rare form of terminal childhood cancer, idolises Defoe and has even struck up a rare old friendship with the Black Cats’ top-goalscorer.

Indeed, the five-year-old VIP was already set to lead England out at Wembley against Lithuania later this month – here’s the moment he learned that his old mucker Jermain would be accompanying him for the occasion…

Bradley was over the moon to hear his best mate had been called up for the England squad. He loves you @IAmJermainDefoe #specialbond pic.twitter.com/uOzI5ScWZ0

Awww. What a champ.

Here’s wishing him (and his good friend Jermain) all the best.