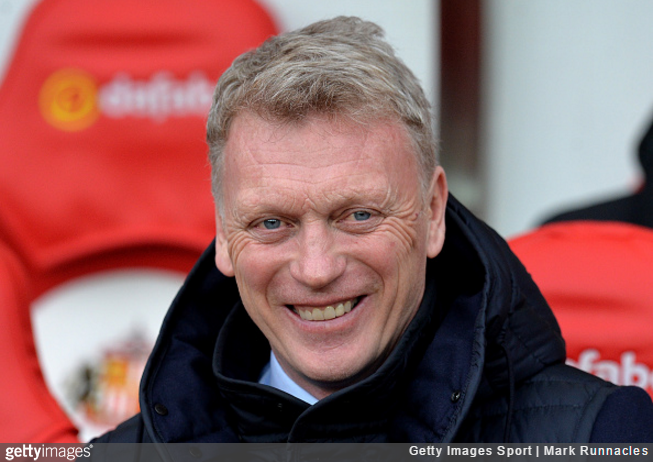 David Moyes has apologised to a BBC Sport reporter after telling her she “might get a slap” during a post-match interview.

Grilling Moyes after Sunderland’s 0-0 draw with Burnley in mid-March, Vicki Sparks asked the Scot if the presence of club owner Ellis Short in the stands added any excess pressure to get a result.

“No, none at all,” replied Moyes, before making the following remark thinking the interview had ended and he was off-camera:

Just getting a wee bit naughty at the end there so just watch yourself. You still might get a slap even though you’re a woman.

Careful the next time you come in.

My how we laughed. Unfortunately for the Black Cats boss, his dreadful attempt at flirting was captured on camera phone.

According to the Guardian, Sparks didn’t file a complaint herself though several of her colleagues were less than impressed.

It is understood Moyes apologised during a telephone conversation.

A Sunderland spokesman then told the Daily Star:

David and the reporter spoke to one another subsequently and the matter was resolved amicably.

The BBC confirmed that Moyes and Sparks had spoken since and that the matter was resolved, with yet another spokesman adding: “Mr Moyes has apologised to our reporter and she has accepted his apology.”

Do you ever get the feeling that David Moyes isn’t quite as witty and intelligent as he thinks he is?