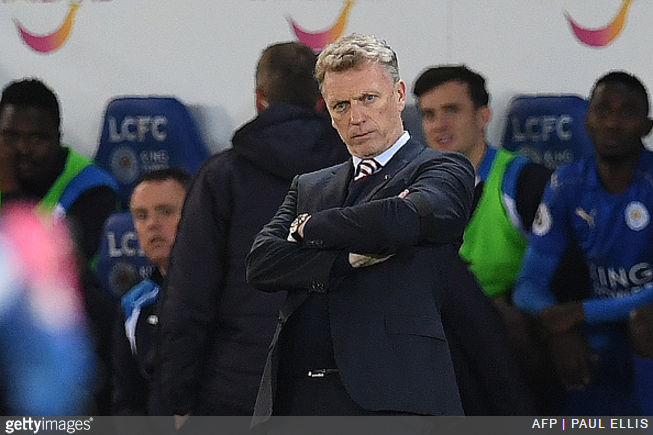 David Moyes has endured a torrid week, with the fall-out from his infamous ‘slapgate’ still being felt.

Staring relegation in the face, Moyes and his Sunderland side needed a good result away to Leicester only Tuesday night, only to lose the game 2-0, with the Black Cats boss also finding himself on the wrong end of a cheeky chant from the home fans.

Leicester fans to David Moyse as Sunderland go 2-0 down: “You’re getting slapped in the morning.”

Goals from Islam Slimani and Jamie Vardy secured a deserved 2-0  win for the rejuvenated Foxes.

However, as he watched his charges fail to deliver on the pitch yet again, the local fans serenaded Moyes with ‘slapped in the morning, you’re getting slapped in morning’ to the tune of that football classic ‘sacked in the morning’.

Poor old Moyesy! If we get video/audio of the chant we’ll add it asap.

Sunderland now find themselves bottom of the table and a whopping eight points from safety.

Surely now it’s too late for the club’s famed relegation survival skills to kick in and save them this time?