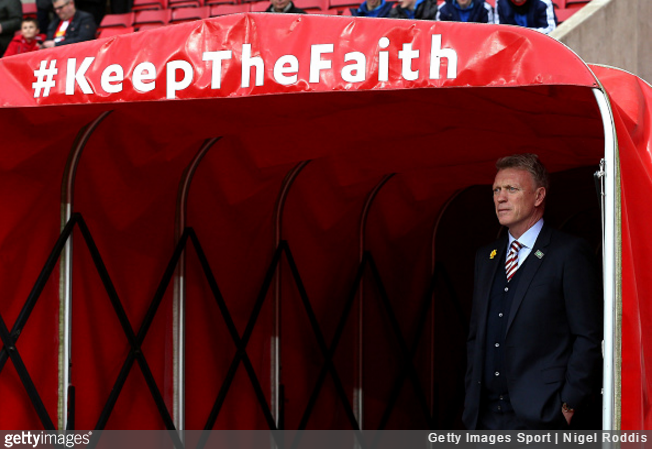 Sunderland have confirmed that David Moyes has resigned as manager after finishing rock bottom of the Premier League this season.

The club stated Moyes advised them of his decision at a meeting with chairman Ellis Short in London on Monday morning.

David Moyes has resigned from his position as manager of #SAFC

Speaking in a statement issued on the Black Cats’ official website, Short said:

I pursued the services of David Moyes for a considerable period prior to his appointment last summer, which makes the announcement of his departure difficult for everyone concerned.

Short also confirmed that Moyes has agreed to forgo any compensation he would be owed, seeing as he still has two years to run on his contract.

Having worked tirelessly throughout the campaign to avoid relegation from the Premier League, David has chosen to leave the club without compensation, which is testament to his character.

And so, having spent 189 days of his 282-day stint on the bottom rung of the league, Moyes is a goner – in fact, he’s now been sacked twice after signing that six-year contract at Manchester United, which itself isn’t due to expire for another two years.

It feels like the right decision for all parties, as he’s probably not the man to oversee a fresh start/squad rebuild in the Championship – too many bad memories, the stench of defeat clinging to him like a typhus miasma.

In related news, it’s also being reported by the Guardian that top scorer Jermain Defoe has opened talks over a return to Bournemouth.

The great Sunderland exodus has begun, and it may well continue for some while.