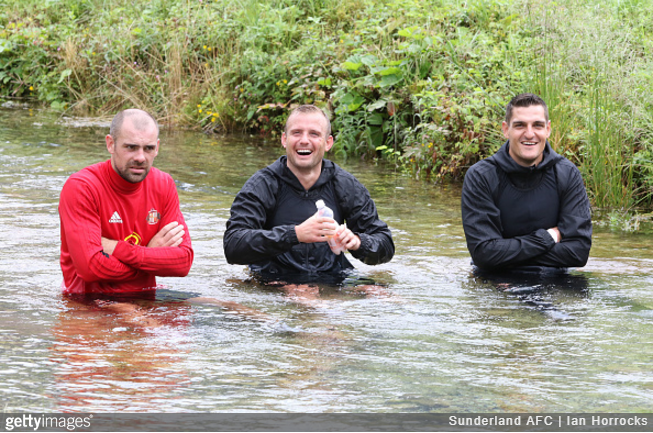 Sunderland midfielder Darron Gibson has delivered a grim assessment of his teammates, calling them all “f**king sh*t” while accusing a select few of not wanting to play for the club.

Gibson delivered his scathing State of the Union address shortly after Sunderland were drubbed 5-0 by Celtic in an embarrassing friendly defeat at the Stadium of Light on Saturday afternoon.

Ever so slightly inebriated by that point, the Irishman, who it says here is somehow still only 29 years old, was talking to a group of supporters, one of whom captured the entire slurred exchange on their mobile phone.

There are too many people at the club who don’t give a f**k.

The fans then asked Gibson to name names so he duly obliged, subtly suggesting that Lamine Kone, Jeremain Lens and Wahbi Khazri were the three players who couldn’t care less about the fortunes of Sunderland Football Club.

It was then put to him that going out boozing in the midst of pre-season didn’t exactly represent model professionalism, to which Gibson replied:

Right, I might be off my face in here but I still want to play for Sunderland.

The video is here should you wish to peruse it fully…

Of course, Gibson’s semi-pickled critique is hardly going to come as a revelation, especially to beleaguered Sunderland fans, but still… what a mess.