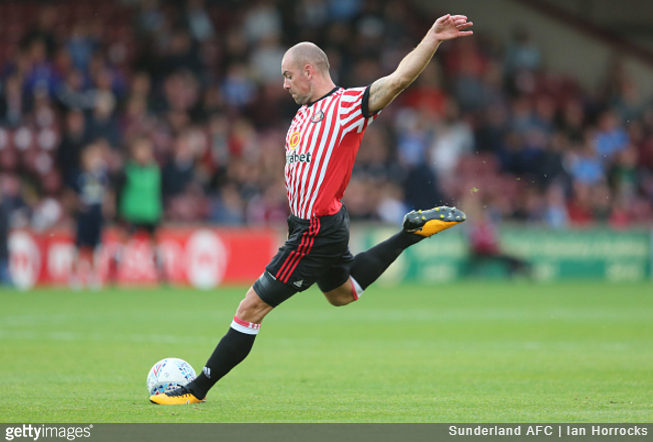 Sunderland have confirmed that Darron Gibson will indeed face after a video of the midfielder’s drunken diatribe, in which he harshly criticised his teammates, did the rounds on social media over the weekend.

Gibson was filmed while talking to fans in a local bar on Saturday night, a matter of hours after Sunderland’s dismal 5-0 defeat against Celtic at the Stadium of Light.

The 29-year-old Irishman, who appeared to be well greased by that point, branded Sunderland “f**king sh*t” before chastising several individual players – Lamine Kone, Jeremain Lens and Wahbi Khazri – for being work-shy fops, or words to that effect.

The Black Cats have today released a mini-statement to say that Gibson will be punished for his conduct, but didn’t go so far as to spell his name correctly… 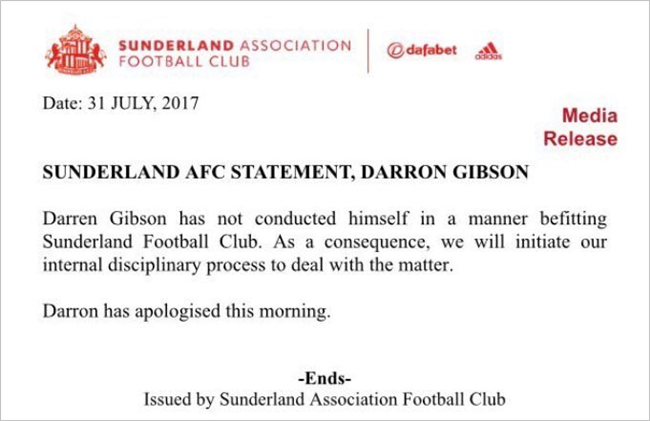 In fact, somebody should probably write a song about that.