Two games into his tenure as Sunderland manager, Chris Coleman appeared on BBC Newcastle’s Total Sport radio phone-in on Thursday night to discuss his start to life at the Stadium of Light.

However, Coleman had the limelight stolen when a Sunderland fan by the name of Steve rang in for nothing more than a chat with the new Black Cats boss. No specific questions. Just a chat, like.

Indeed, Steve began by admitting he’d had “a few cans” prior to calling in, then set about welcoming Coleman to Wearside before offering the Welshman the chance to ask him anything… 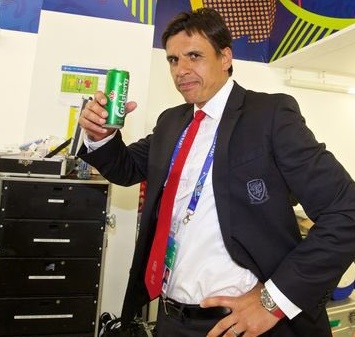