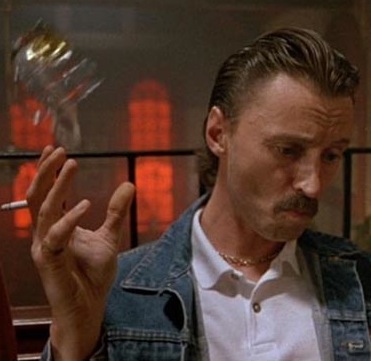 Someone threw a glass at Sunderland striker Darren Bent’s Land Rover while it was parked in Newcastle – and we’re not leaving this post until we find out which buftie did it.

Bent tweeted about the incident, which happened on Friday afternoon. He suspects the attack was the work of Newcastle fans, on account of the cuplrits chanting “Newcastle! Newcastle!” Nice work, Columbo.

A spokesman for Northumbria Police said: “At 5.08pm today, police were called to High Bridge in Newcastle near to the Groat Market to reports that a drinking glass had been thrown at a parked Land Rover.

“Officers attended the scene and inquiries are under way. No-one has been injured and there are no reports at this time of any damage having been caused to the car.”

Okay, it’s hardly the crime of the century, but Bent revealed that his best mate’s girlfriend was also in the car at the time – not sure if the person who chucked the glass knew that though, as there’s a good chance the vehicle has blacked-out windows.