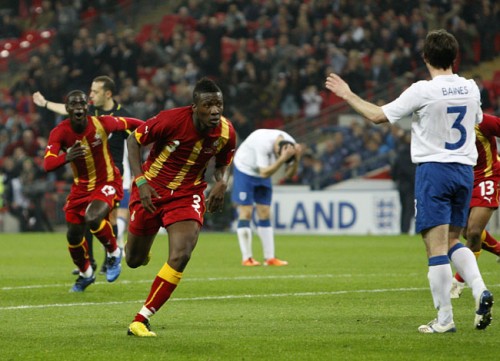 Sunderland striker Asamoah Gyan has had a big problem with “parasites” for the last six months, that’s according to Black Cats’ boss Steve Bruce. However, those of you hoping to see the Ghana striker on an edition of Celebrity Embarrassing Bodies (a series that really should exist) will be disappointed. Bruce is, instead, referring to the scourge of the game – agents, who have turned Gyan’s head since his impressive performance against England at Wembley in March.

“Since that game at Wembley, all the parasites, as I call them, hover around,” explained Bruce.

“People are in his ear constantly trying to engineer a deal for him, ” he continued. “Certainly since the England game,when he played so well on the night, something has been troubling him.”

However, the former Manchester United defender is confident his centre-forward can rediscover his best form.

“We have had a discussion with him and he needs now to focus and get himself back on track again and be the Asamoah Gyan we know he is capable of,” he said.

As for Bruce himself, having spent a fair amount of money on some very decent players, surely it is time his side started to achieve a little bit more?

UPDATE: Gyan has now gone on loan to United Arab Emirates club Al-Ain in a year-long deal. The parasites obviously did too much damage.