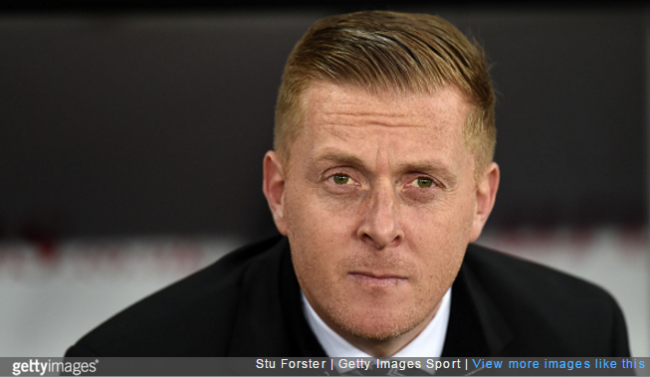 The decision has felt imminent for weeks but today is the day that Swansea have finally made the call to terminate the employ of manager Garry Monk.

The Swans have “reluctantly parted company” with Monk after a run that saw the club pick up just one win in their last 11 Premier League games, leaving them perched perilously just one point above the dotted line of doom (though only one point behind Chelsea too!) in the table.

Monk had been with Swansea for 11 years, first as a player then as a manager when he stepped up to replace predecessor Michael Laudrup in February of 2014.

The following year he guided the club to their highest ever top-flight finish in his first ever full season in charge.

Sadly, even outstanding achievements like that don’t carry sway for too long in the here-and-now of the Premier League and so a change, however begrudging, had to be made. We’re guessing Monk won’t be out of work for long.

As for the freshly vacant Swansea hotseat, it would appear the smart money is on our Brendan making his prodigal return to the Liberty.