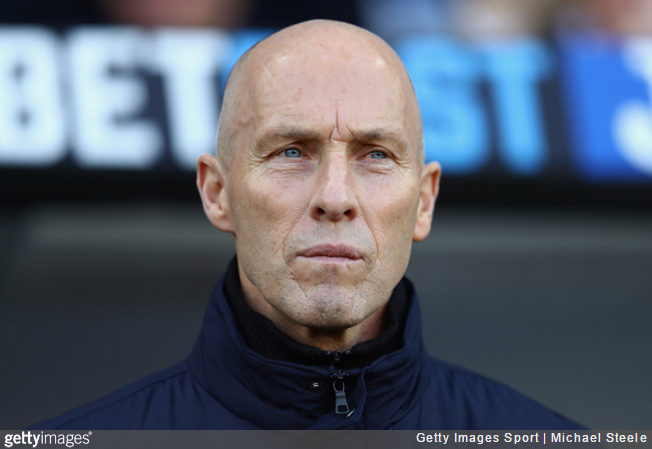 Bob Bradley has guffawed in the face of suggestions that members of the Swansea squad nicknamed him ‘Ronald Reagan’ during his brief, ill-fated stint at the club.

The American coach was sacked after just 85 days at the coal face, with rumours soon emerging that players had privately christened him ‘Reagan’ due to him, A) being a Yank, and, 2) employing outdated training methods.

However, Bradley himself is certain that no such subterfuge was going on behind his back – of only for the sole reason that not many professional footballers have the wherewithal or frame of reference to come up with such a pithy alias.

“Trust me on this, not one of those players knows who Ronald Reagan is,” Bradley told The Times.

You know, the man’s got a point.

With Paul Clement installed as his successor yesterday, Bradley went on to discuss the critical flaws that are hampering Swansea as they continue to prop up the rest of the Premier League.

There is a real trust issue between the supporters and the people involved in the change of ownership. That has to improve.

The other aspect is the team. When you take over a team and you’re in that part of the table — just like when I took over from Francesco (Guidolin) — it’s for a reason.

The reason is that the team needs to be improved.

Part of what I said (to the board) was that we needed more winners, more fighters, more guys that come in every day desperate to improve.

I think in the last 18 months or so, as different players have left, the club hasn’t been able to replace some players with others at the same level.

When a team goes through a tough period, you need people you can count on, people who are strong, people who will stand up for the team. It takes that kind of strength to get back on track.

I was very direct in those conversations and at some level I think that came back to hurt me.

Oh well, you’ll always have that PK you came close to earning in the road game against Middlesbrough.