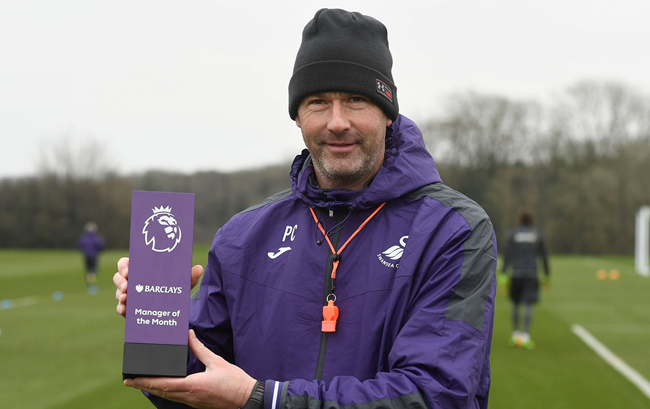 Paul Clement has been named Premier League ‘Manager of the Month’ for January in his very first month in charge at Swansea City.

Having taken over on 3rd January with Swansea bottom of the league, Clement produced three wins from his first five games to end the month one point outside the relegation zone.

🏆 Manager of the month in his first month in charge.

“January was a good month. Now we need February to be good as well,” Clement quipped as he was bestowed with his purple block.

Elsewhere, Andy Carroll picked up the turquoise ‘Goal of the Month’ brick for his supreme overhead kick against Crystal Palace – a goal so good that West Ham decided to immortalise it with a mural…

Congrats to @AndyTCarroll on winning the @carling @premierleague goal of the month!!! 👏👏 #BigLadsCanFly

In the words of ESPN FC’s John Brewin: a work of “barbarian beauty.”