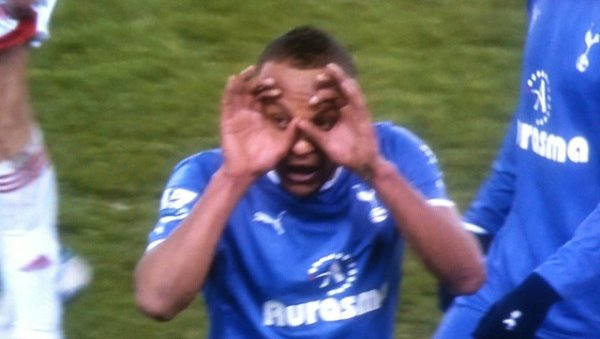 You may be aware that, in glorious 20-20 retrospect, Tottenham were fairly hard done to against Stoke yesterday. The Potters ran out as 2-1 winners, but it turns out that Spurs were denied by a couple of goal-line handballs, had a man sent off rather softly and saw an Emmanuel Adebayor goal disallowed for offside despite Marc Wilson playing him on by a couple of feet.

They also were gifted a consolation goal when a penalty was readily doled out for a blatant Luka Modric dive, but that’s by the by.

Tottenham fans are up in arms this morning at Chris Foy and his minimalistic approach to whistle-blowing. Foy has since been crucified as the ‘worst ref in the whole of Christendom’ and, worse, the man that robbed Spurs of a certain three points at the Britannia.

Indeed, even the reclusive Harry Redknapp has broken his solemn, monastic 30-year vow of silence to conflab with the press about yesterday afternoon’s shenanigans, condemning Foy’s decisions…or lack thereof:

“I never complain about referees’ decisions – I have not done it in 30 years of management, never – but today, I’m afraid, he got some badly wrong. I felt he was quite enjoying giving us nothing.

“He hadn’t seen them, but when he goes home and watches them, he’ll realise he got a couple badly wrong, and the linesman…when someone’s two yards onside, like Adebayor was, how’s the linesman not seen it?”

Any road up, I watched the match and I missed both handballs in ‘real time’ (the first I thought was headed off the line, the second I plain didn’t see) as, I suspect, did many others.

I also assumed Adebayor was a mile offside when he swivelled and rolled the ball under Thomas Sorensen. Firstly because he usually is and secondly because, without stopping the footage at the precise moment the ball was played, it looked to me like Wilson had made it out in time… 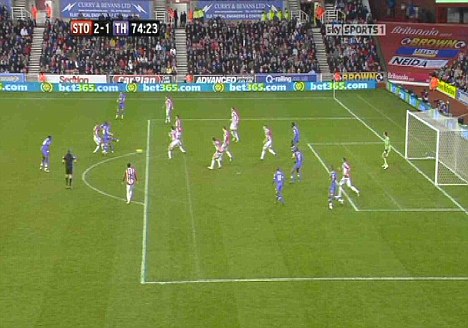 The only one of the contentious decisions I though Foy got wrong in ‘real time’ was Younes Kaboul’s prissy second yellow. The challenge wasn’t dangerous in the slightest and therefore didn’t warrant the punishment. These things happen.

Of course, the correct decisions all became abundantly clear given the benefit of a raft of slow-motion replays and the ire began to rise. None were overly awful calls on Foy’s part and none were heinously wrong. You could forgive and forget any one of them if taken in isolation. It just so happened that all three fell in the same 90 minutes.

The long and short of it is that Spurs got a raw deal at the Brit. Nothing more, nothing less, and it’ll probably be someone else next weekend. Now, can we just move on with our lives?