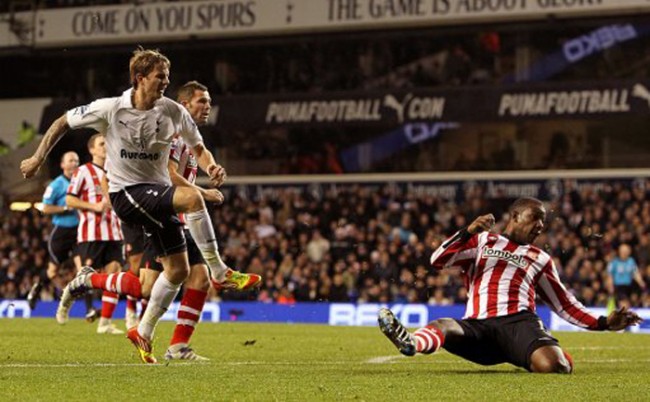 They may have started the game without the crocked pair of Gareth Bale and Jermain Defoe and lost Aaron Lennon after just 27 minutes, but Harry Redknapp’s in-form Spurs side still had far too much left in the locker for the visiting Black Cats.

Lennon (felled by a hamstring strain) was replaced by out-of-favour Roman Pavlyuchenko. However, while the home side dominated the game, with Luka Modric and Rafa Van Der Vaart pulling the strings, it took until just after the hour mark, and the Russian striker, to finally make the breakthrough. The former Spartak Moscow man fired past Sunderland ‘keeper Keiren Westwood after a superb pass from Van Der Vaart and despite their best attempts, Sunderland couldn’t get back into the game.

Spurs now find themselves, deservedly, in third place in the table with a game in hand on the two Manchester sides, while Black Cats’ boss Martin O’Neill will be well aware of the difficult task facing him this season.