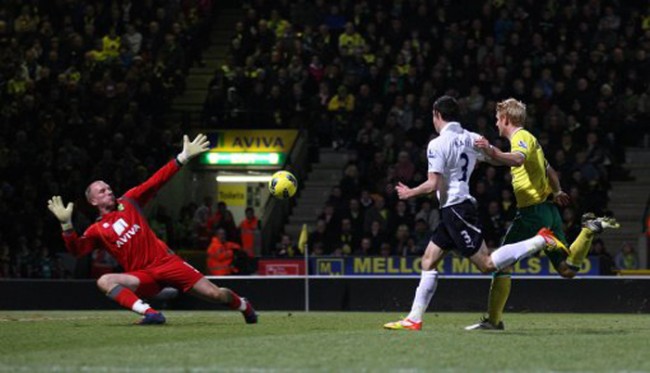 It’s fair to say that Gareth Bale, for the last couple of seasons, has been the subject of more hype and superlatives than most footballers in the Premier League. However, this season, even the staunchest Arsenal fan would have to admit that the Welsh winger is now living up to all that hype.

The former Southampton man bagged both goals in Tottenham’s 2-0 win against Norwich, scoring the opener after good work from Emmanual Adebayor on 55 minutes, before netting the second courtesy of a magnificent solo effort 12 minutes later, where he ran at the heart of the Norwich defence before deftly chipping John Ruddy.

The home side did their best to rally but the Lilywhites were deserved winners. With a squad full of quality and experience and a star player like Bale shining in every game, can the north Londoners really trouble the two Manchester clubs this season?