Fleet-footed wing-wizard Gareth Bale was in devastating form at Carrow Road on Tuesday night, scoring two goals in a world class performance. So good was the Welshman’s performance that one couldn’t help but fall for the former Southampton star’s simian charms. Former Manchester United defender Richie De Laet took a particular shine to Bale on Tuesday night, judging by this photo. And who can blame him? 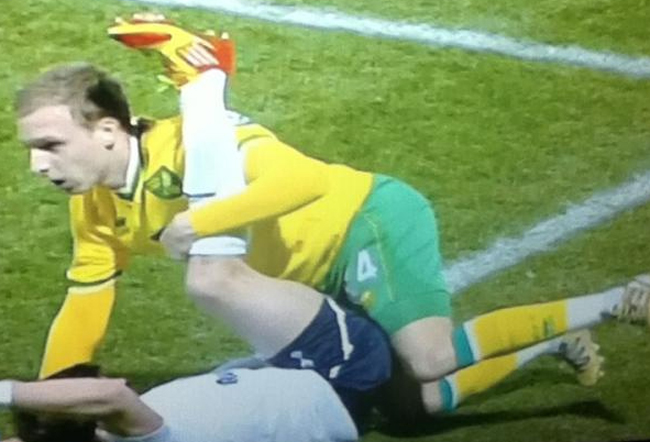