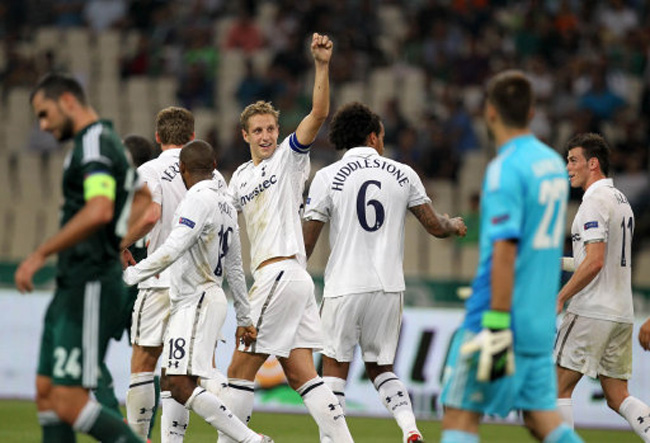 Despite dominating this Group J fixture in Athens, Spurs failed to secure all three points against a poor Panathinaikos side.

Michael Dawson headed home the opening goal for the north Londoners on 35 minutes but they just couldn’t build on that goal and with just 13 minutes to go, the home side made the most of a rare chance. Spanish striker Jose Toche was the goal-hero for the Greeks, sliding in to put the ball past Hugo Lloris.

The result sees AVB’s men still waiting for their first win of the group stages.