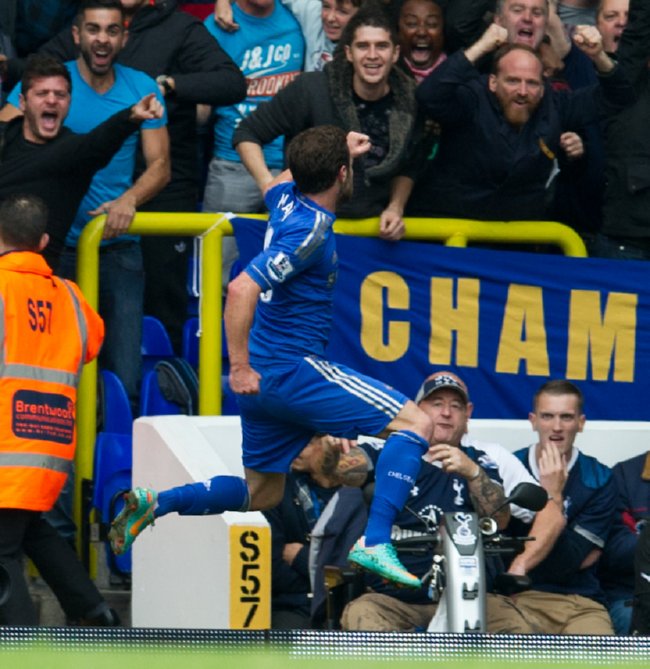 Spanish super-schemer Juan Mata was the star of the show at White Hart Lane in Saturday’s early kick-off, as Chelsea moved further clear at the top of the table courtesy of a goal-frenzied 4-2 win against their metropolitan rivals.

Shorn of their wily Welsh wing wizard, Gareth Bale, who dashed to be by the side of his partner who was in labour (minus lad points for him), Spurs were always going to have to be at their very best to overcome the Blues. And Gary Cahill did give the visitors the lead on 17 minutes, courtesy of a superb volley. However, goals from Jermain Defoe and former Blue William Gallas gave the Lilywhites the lead before the hour-mark. Frenchman Gallas was not at his best, however, and his wonky defending had a hand in Chelsea’s comeback, which saw the superb Mata bag a brace before sub Daniel Sturridge made it 4-2 at the death.

So Andre Villas-Boas failed to get one over on his old side, while for Roberto Di Matteo and co, their entertaining brand of football is keeping them top of the heap.