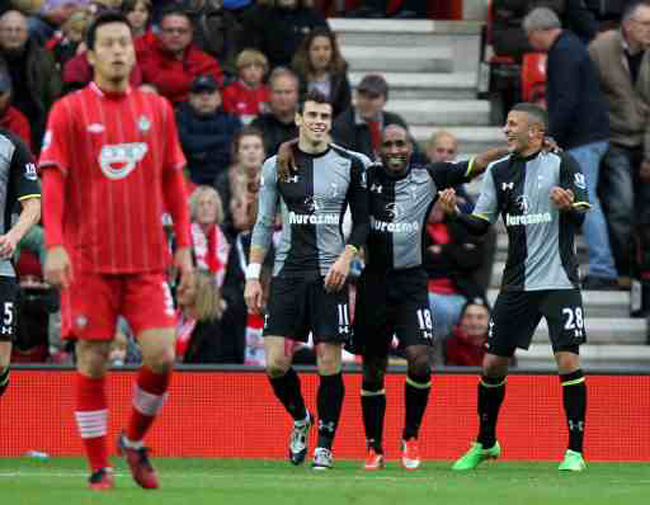 A feeble first half performance by Southampton laid the foundations for yet another defeat as they Saints lost to AVB’s impressive Spurs side.

Gareth Bale and Clint Dempsey put the visitors two goals up by half-time as the Saints’ defensive problems continued to plague the Premier League new-boys. However, after the break, the home side rallied, with Jay Rodriguez firing home from a difficult angle on 66 minutes. The striker, along with Rickie Lambert, had chances to level the scores, but ultimately it was the north Londoners who would take all three points and move into the top four.  As for Nigel Adkins’ charges, they continue to be let down by poor defending.