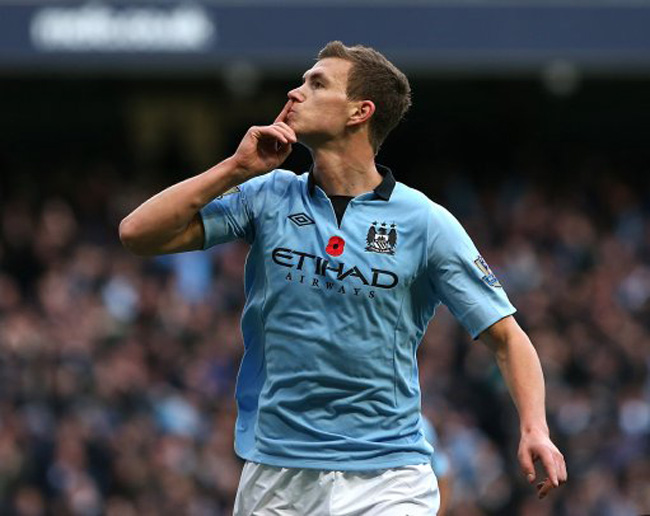 He may not be too keen on the ‘super-sub’ label, but Man City sriker Edin Dzeko is certainly making an impact from the bench this season with the Bosnian bruiser firing home late winner for the Citizens in SUnday’s early game.

Despite having more of the ball, City failed to find a way past a disciplined Spurs side in the first half. Instead, it was the Lilywhites who drew first blood, when defender Steven Caulker nodded home on 21 minutes, although both City’s defence and ‘keeper Joe Hart could have done better.

After the break, the home side once again pushed for a goal, with Roberto Mancini deploying sub Maicon and Aleksandar Kolarov in attack-minded wing-back roles. Eventually, on 65 minutes, the equaliser came, courtesy of a superb strike from Sergio Aguero.

Soon after, Dzeko came on Carlos Tevez and with just two minutes to go, the sub combined with David Silva before swivelling and firing past Brad Friedel to secure a vital win for the Citizens.

The result sees City move to within two points of Man Utd while Andre Villas-Boas’ side drop to seventh.