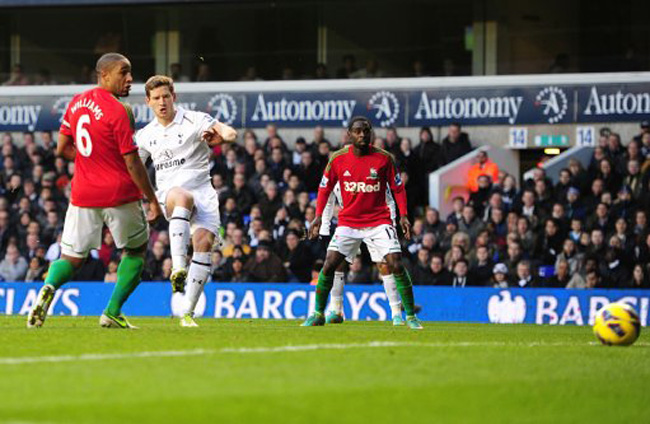 Jan Vertonghen’s fine second-half strike was enough to see Spurs overcome Swansea at White Hart Lane, with the win sending the north Londoners back into the top four.

The Swans needed to be at their disciplined best from the off, with Emmanuel Adebayor and then Jermain Defoe having good chances early on. Although centre-half Chico did have a great opportunity himself to open the scoring for the Swans, only to fire over the bar.

After the break, both sides had chances to score before Belgian defender Vertonghen finally broke the deadlock on 75 minutes who slotted home calmly after Kyle Walker’s pass was deflected. And that was that.

While Andre Villas-Boas find themselves back in the Champions League places, Michael Laudrup’s Swans stay 10th.